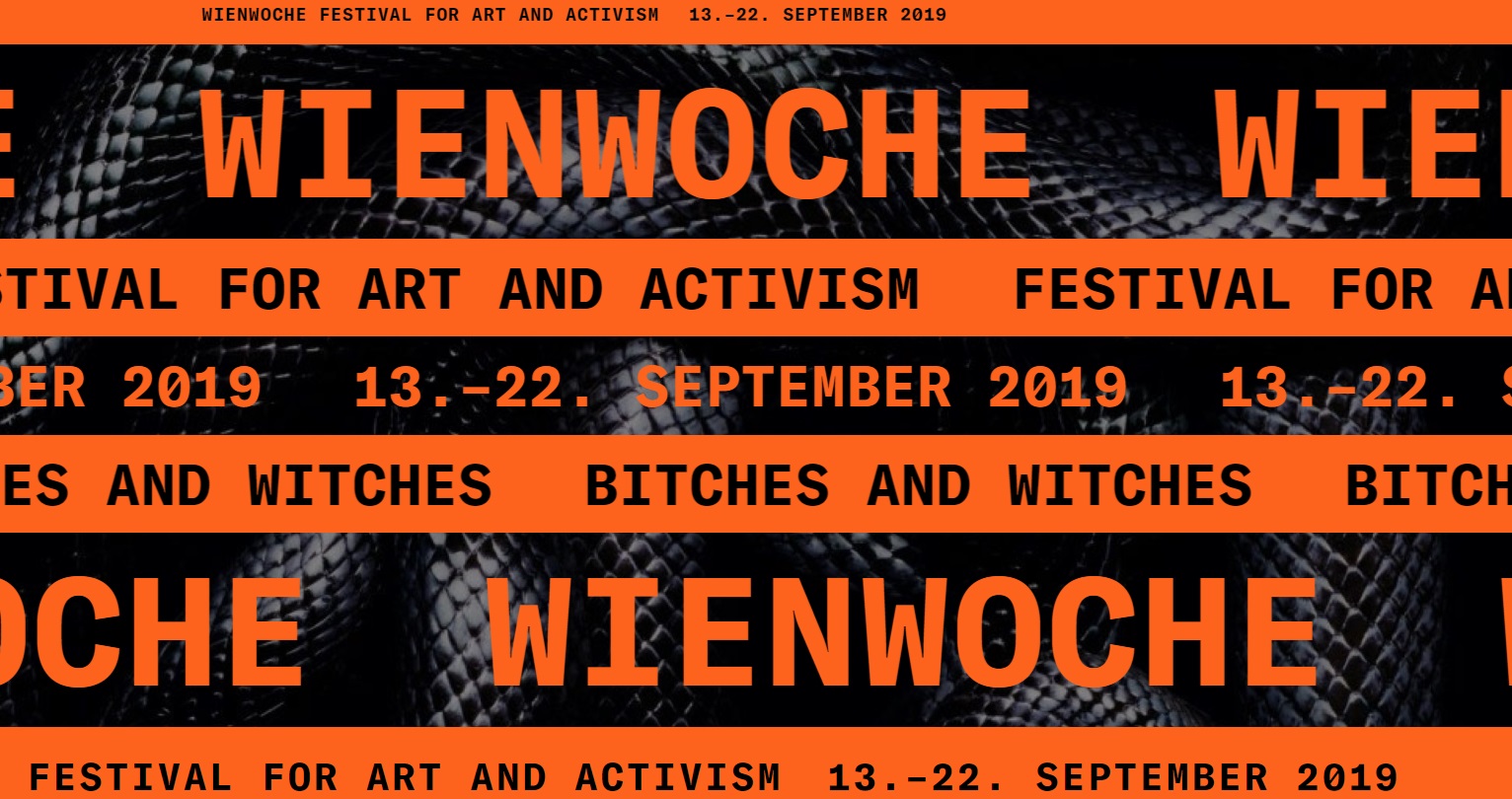 BITCHES & WITCHES is a call for ­radical queer-feminist social criticism to a status-quo, in which political and social repression have become the norm. From September 13th to 22nd the ­WIENWOCHE 2019 celebrates all bitches & witches, who fight against toxic power and dominance structures, who identify politics which oppress and exclude and carry out queer feminist and anti-racist work, which changes, challenges and leaves an impression on the city of Vienna.